Communities in a New Light - Torino

Turin is the capital of Piedmont in northwest Italy and Italy's fourth largest city. Turin has always been a major cultural and economic milestone in the history of Italy: Since the third century BCE, through the Roman Empire, the House of Savoy, Napoleon's brief rule, until it became the first capital of the Italian Republic. During the German occupation of the city, Turin was a model of anti-Fascist resistance. Ultimately, 400 of Turin's Jews were deported to Auschwitz and only twenty survived. Turin's Jewish community is currently the fourth largest Jewish community in Italy, and it provides religious services to Jews living in the cities and hamlets of the entire region of Piedmont as well.

There are about one thousand Jews living in Turin. Our story is the story of a community made up mostly of intellectuals, writers, liberals, and businesspeople, who live under the shadow of a glorious past and an unknown future. Italy itself has a serious demographic problem, a fact that strongly impacts its Jewish communities too. The Turin community suffers especially from this problem: In the past forty years, its population has shrunk by half. The members of the community offer a moving description of how they are trying to hold onto the remnants of the past, along with their almost desperate efforts to keep hold of the generation of the future.

This is the story of a community with a glorious past, located in one of the most beautiful and picturesque cities in the world, in a country abounding with art, intoxicating fragrances and tastes.

This is the story of the Jewish community of Turin.

A film by Avital Merkler 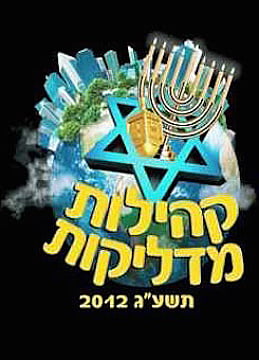