A biography of the legendary artist Kadishman

Manashe Kadishman, sculptor, painter and Israel Prize laureate, is a natural film hero, primitive man in the modern world, a giant in little white pants, half a child and half an old man, half a genius and half a clown. Kadishman doesn't hide from the camera. He appears in the film in all his complexity. On the one hand, a successful artist whose works are presented and sold around the world; on the other hand, the appearance of one of Tel Aviv's homeless.

5 A.M. We enter Kadishman's bedroom; he is surrounded by teddy bears and toys. At 5:30 he arrives to the swimming pool. In the dressing room, he and his friends, old and naked, embrace in unabashed joy. At seven he is in his studio, painting another sheep's head, part of a flock of thousands he has painted in his lifetime. Kadishman has devoted his life and art to changing Israeli reality, with a system of powerful Israeli symbols: the ram looking down over the dead Isaac; a mother lifting her son heavenward; sheep heads; ravens pecking; symbols that become familiar art icons around the world. But Kadishman is frustrated by his inability to change the reality in which parents sacrifice their children every day in endless war. Night, Kadishman, defeated, orphaned, longing for the world of his childhood, reads aloud a parting letter to his children but knows that he must get up it the morning to paint another

A film by Danni Dotan and Dalia Mevorach 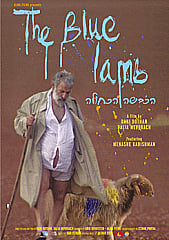