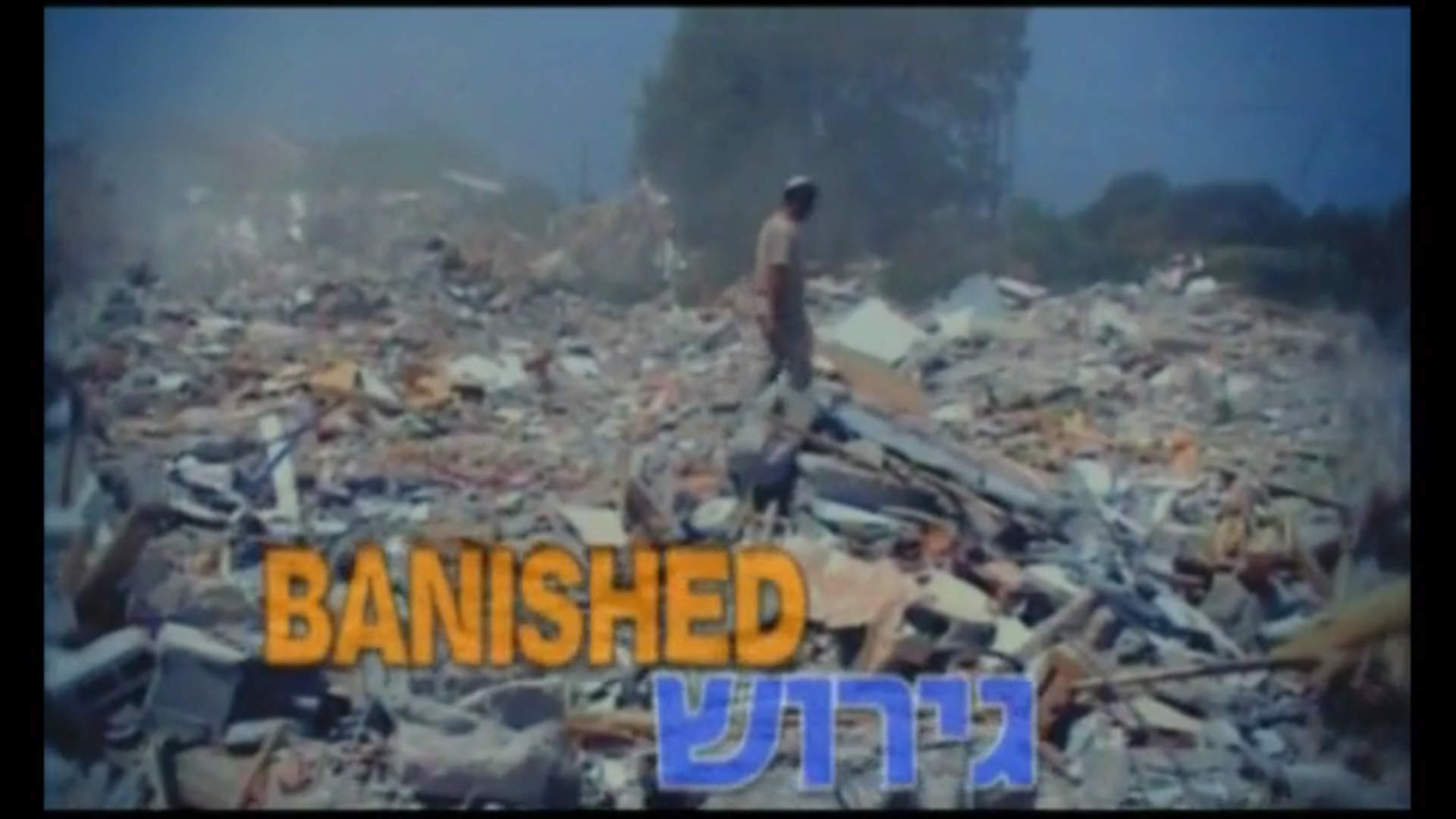 An honest investigation of the aftermath of the Gaza Disengagement

Banished tells the story of the aftermath of the Gaza Disengagement. Director Igal Hecht completes his Disengagement trilogy which started with Qassam (2004) and Disengaging Democracy (2006). The film investigates in-depth what went wrong with the rehabilitation of those forcefully removed and why is it that the Israeli media has avoided the topic. True to his nature Hecht, does not shy away from asking the hard questions. The film has been in production since 2006 and includes interviews with Chaim Yavin, Gush Katif residents, Nitzan Chen and others. Israel's former foreign minister (Tzipy Livny) is also featured. 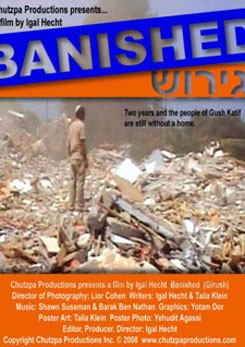