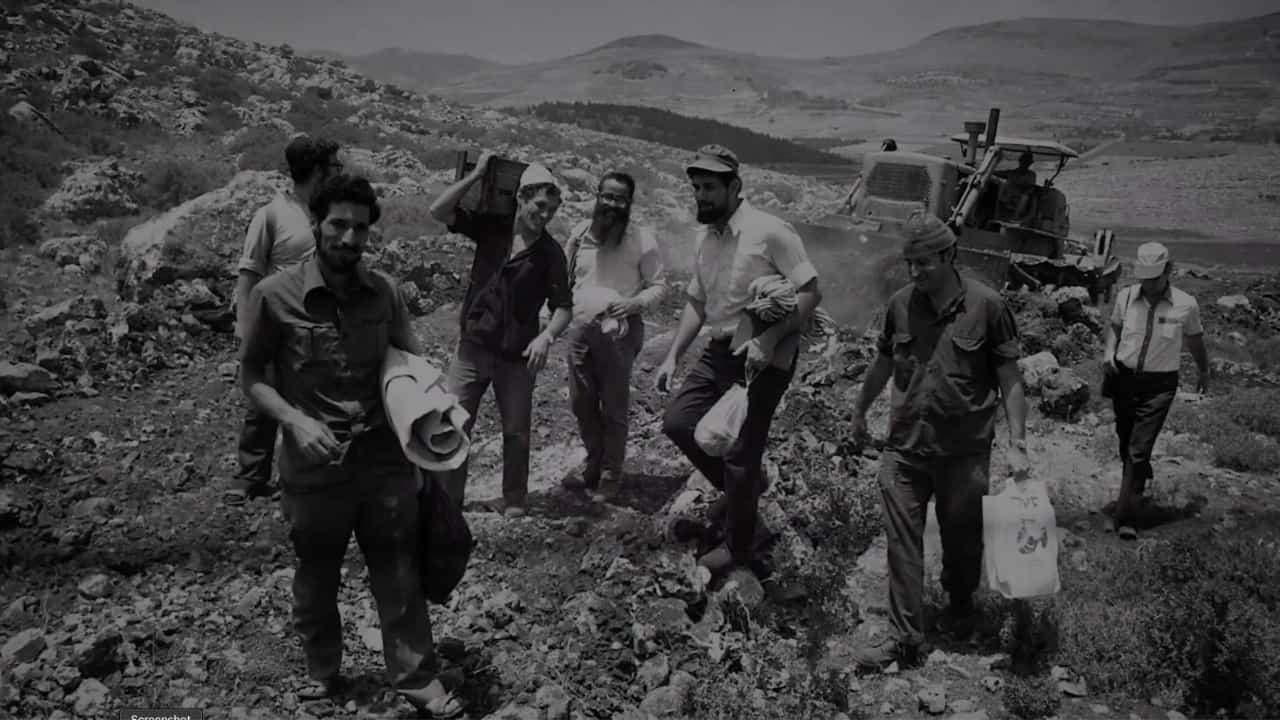 The story of the renewed settlement of Judea and Samaria

Director Menora Hazani documents the Settlement Revolution in Judea and Samaria, led by her father Beni Katzover and his friends. The film reveals how the spiritual connection to the Holy Land motivated a group of young men and women with no financial means or political standing to make history.
The film begins in the days after the Six Day War, during which Jerusalem, Judea and Samaria, Sinai, and the Golan Heights were liberated and stood empty of Jewish settlers. Under pressure from the countries of the world, the Israeli government began to promote a territorial compromise. While this was going on, students from Yeshivat Merkaz Harav in Jerusalem decided to act, and to immortalize the connection between the Jewish nation and the areas of Judea and Samaria.
In April 1968, they secretly held a mass Passover Seder in an Arab hotel in Hebron, informing the government the following day of their decision to remain and live in the city. The 1929 massacre of the Hebron Jews by local Arabs, still fresh in Israeli memories, prevented the Israeli government from evacuating them. The government decided to allow them to remain in Hebron as a yeshiva, moving them to the military administrative building in the city. After three years of public struggle for the right to settle the city, to establish sources of employment and to pray at the Tomb of the Patriarchs, they won their first victory, and the Israeli government built them the town of Kiryat Arba, next to Hebron.
After celebrating this achievement, Beni Katzover and his good friend Rabbi Menachem Felix could not bear the fact that Samaria was still empty of Jews. In 1972, they established a group of families who decided to settle Samaria, called the Elon Moreh group. The group made seven attempts to start living in the area, but was forcibly evacuated each time by the Israeli government. The eighth time, the settlers were joined by thousands of supporters, including Knesset members, rabbis, and spiritual leaders. The government could no longer stop them and the first Jewish settlement in Samaria was established inside an army base. Dozens more Jewish settlements in Judea and Samaria followed, as well as three cities, in which hundreds of thousands of Jews live. The vision of the leaders of the movement became reality: the connection between the Jewish nation and the biblical Land of Israel became an established fact.
The film puts politics aside and proves why spirit and faith are a force that accomplishes the impossible. 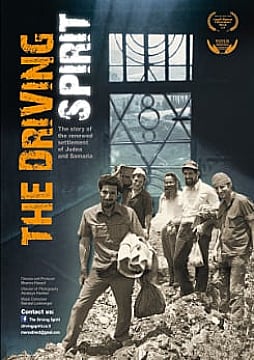